In addition to conventional transport routes such as those to/from Shenzhen and Guangzhou, routes have been developed that provide reliable barge transport service covering the Greater Bay Area by detouring by land to the east (Huizhou Port) and west (Zhuhai Port) to connect the South China area (Shenzhen, Dongguan, Guangzhou, etc.) and Hong Kong by sea.

* The Greater Bay Area is a megalopolis consisting of the two special administrative regions of Hong Kong and Macau and nine cities (Guangzhou, Shenzhen, Zhuhai, Foshan, Huizhou, Dongguan, Zhongshan, Jiangmen, and Zhaoqing) in the southern Chinese province of Guangdong. 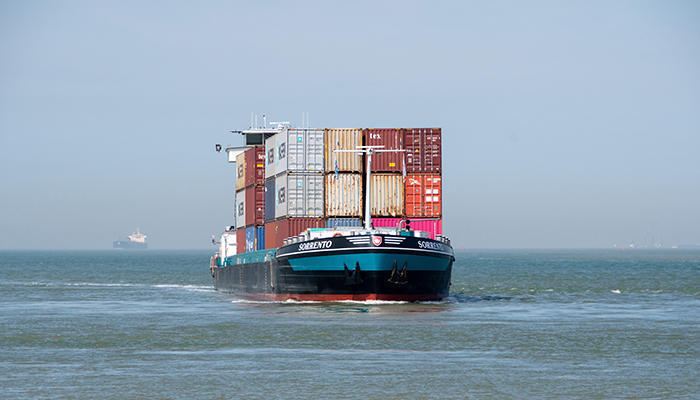 This service uses coastal vessels to avoid truck transport from the crowded port of Shanghai and provide domestic transfer to various parts of China such as Dalian, Tianjin, Qingdao, Ningbo, Xiamen, Shenzhen, Guangzhou and Hong Kong.

* Lead times and service frequencies are subject to change according to circumstances.

City lockdowns have been put in place across China, including Shenzhen and Dongguan, due to the spread of COVID-19 infections, and the delays stemming from declines in functional efficiency at airports and ports because of protracted large-scale lockdowns in Shanghai have become a serious problem. In addition, strict restrictions on truck traffic in the South China area between Shenzhen and Hong Kong and in the Huadong area connecting to Shanghai's suburbs have had a major impact not only on domestic logistics but also on international supply chains. Demand for reliable logistics services from numerous customers with factories in the Greater Bay Area and Shanghai is on the rise.

Regarding the Greater Bay Area as an organic whole for the purpose of maintaining customers' supply chains, NX China has developed a service that complements conventional transport routes such as those to/from Shenzhen and Guangzhou by detouring by land to the east (Huizhou Port) and west (Zhuhai Port) to connect the South China area (Shenzhen, Dongguan, Guangzhou, etc.) and Hong Kong by sea to provide reliable barge transport service.

A service has also been developed to avoid truck transport from the congested port of Shanghai in East China and instead use coastal vessels for transfers throughout China, particularly to Hong Kong and the rest of South China as well as Tianjin and other locations in North China.

Both services utilize the NX Group's warehouse network to provide ancillary services such as storage, sorting, and processing.