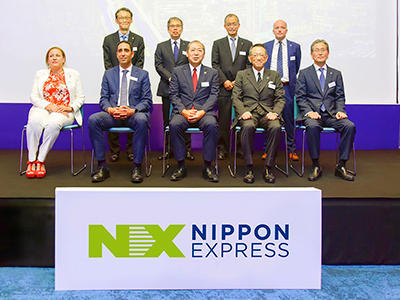 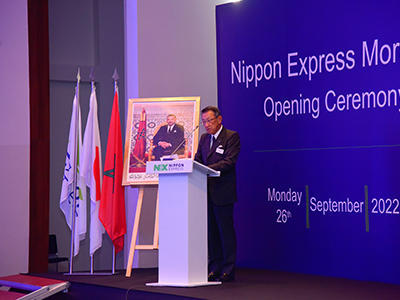 The Nippon Express Group's business development in Morocco began in December 2017 in the city of Casablanca with the creation of the Morocco Branch, which was followed by the opening of the Tanger Med Logistics Center in the Port of Tanger Med in June 2019 to provide air/ocean freight forwarding and logistics services.

Morocco is Africa's second-largest automobile producer after the Republic of South Africa, serving at the same time as a complementary country to Europe. It has for some time seen high demand for import/export, procurement, and sales logistics centered on the automobile industry, and an increasing number of automobile and automotive parts manufacturers are setting up plants in the country.

NX Europe has incorporated two of its business locations to further expand its own operations and reinforce its business infrastructure in support of its customers' operations in Morocco. Making full use of its accumulated sales and operational know-how, the Nippon Express Group will accelerate its efforts on behalf of the automotive industry, positioned as a priority industry in the Group's business plan.

The Nippon Express Group will be further expanding its logistics capabilities in Morocco and across the rest of Africa, both of which are expected to enjoy continuing growth, and aggressively moving into the African market by leveraging its global network and accrued advanced logistics know-how, all the while contributing to the development of its customers' business activities.