SAF is aviation fuel manufactured from sustainable raw materials such as biomass, waste cooking oil and exhaust gas, and its use can reduce CO2 emissions significantly below those generated by conventional fuels during its life cycle. Nippon Express marked the start of the program on September 29 by using SAF-fueled cargo flights operated by ANA. 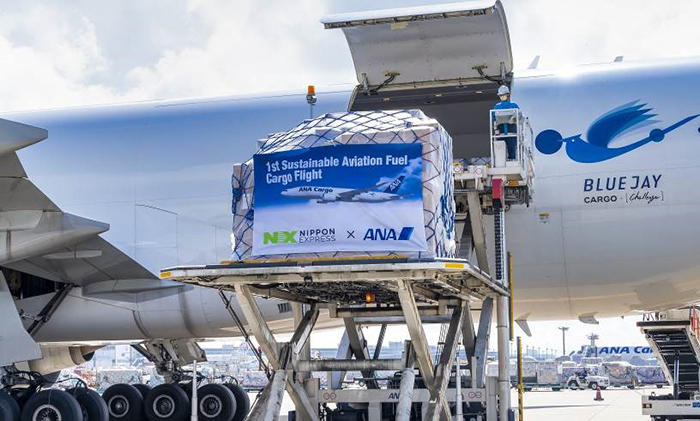 Nippon Express will be actively introducing and utilizing new technologies to achieve its environmental goal of reducing carbon dioxide emissions to 350,000 t-CO2 by 2023, and will share its awareness of the need for environmental conservation with its stakeholders as it pursues a wide range of efforts in the future.